Not quite as much progress on the writing front last week as the week before, with a total of 3800 new words. It’s still more than I had been shooting for at the beginning of the round. Besides, my progress is steady, and that’s good. A friend was visiting from out of town on the weekend, and under those circumstances, I don’t even try to make time for writing.

I’ve also finally managed to start tackling some of my marketing goals. I uploaded new versions of Yseult and Shadow of Stone with the maps in the front, and raised the prices in preparation for a new marketing strategy for the series. (I will eventually devote a complete post to that.)

On to WIPpet Wednesday. This week, we return to Celemon. She and Kustennin are inspecting defensive sites on the border to Cerdic’s lands with an eye to location and infrastructure. The expedition to Venta (Winchester) made it clear that Cerdic is increasing his fighting forces and probably not content with what he has already conquered. This scene takes place in Old Sarum, one of the places I visited on my recent trip to England. 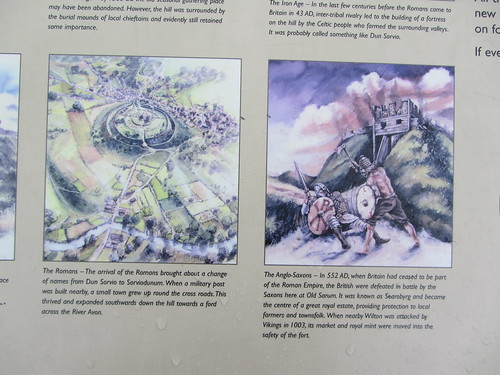 Today I give you 7 paragraphs for the 7th month of the year:

“From these ramparts, you can see nearly five miles to the east, the direction from which an attack would most likely come,” Kustennin said. “That would give us time to bring the livestock to safety.”
Celemon inspected the small fort and barracks within the ramparts, many of which stood empty. “How far is it from here to Venta?”
“About half the distance it is to Lindinis. Perhaps a day’s forced march, less on horseback.”
“It’s a wonder Sarum wasn’t taken in the recent wars.”
“Cerdic was more interested in taking rich cities. And Medraut more interested in taking Dumnonia.”
She nodded and turned to gaze out over the plains and rolling hills to the east, in the direction of Venta, now Cerdic’s self-declared capital. How long would it be before speaking of the recent wars no longer hurt so much?
Celemon leaned her forearms on the chest-high wooden defenses at the top of the earthworks, thinking about the father she’d lost, and the future she’d lost soon thereafter, when she’d dissolved her betrothal to Aurelius. She’d never bothered to contemplate the fate of an unmarried woman in their society until that fate had been thrown into her lap. Many women in her position chose a religious life — or at least refuge with the church — but Celemon had never been much prone to study and prayer, preferring fields and creeks to stone walls, and the back of a horse to a humble walk with head bowed. Nor had she ever learned a trade. Women of her status ran households, they did not sell and barter goods at market. 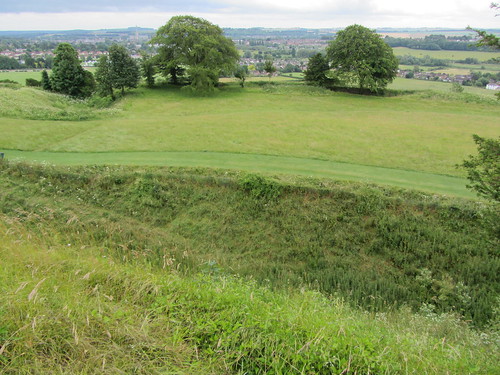 The view from Old Sarum

8 thoughts on “Getting my research into my writing: Old Sarum”