As you can see visiting my blog, I still have not gotten around to redesigning and adding progress bars. As I talked about in my last post, it took me way too long to just get my free incentive to join my mailing list set up. So be it.

At least my output is slowly increasing again, as I try to develop better habits — which mostly involves spending less time frittering around on the Internet, far too easy to do, I fear. My word count for last week came to 4600. And I largely finished putting together the text and photos for my book on our Hurtigruten trip, Life in the Fjord Lane. Here’s the photo I’m thinking of using for the cover: 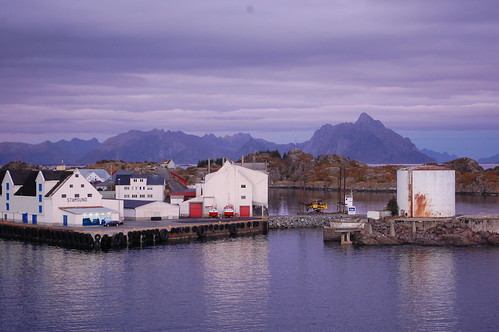 It was taken at dusk without flash in the Lofoten Islands, and I love the colors. What do you guys think?

In the continued absence of progress bars, here’s my list of WIPs and where they’re at right now:

Starting out as an Indie Author (non-fiction)
8600 (no estimate)

On to WIPpet Wednesday! I’m still posting from A Wasted Land, since Facets of Glass is not yet ready to go public, consisting mostly of notes to myself combined with a smattering of dialog here and there. As I begin to flesh it out more, I’ll probably start posting from that for a while.

This scene comes right on the heels of last week’s scene and explains Kustennin’s angry response — which most of you guys had spot on. *g* Today I give you 8 sentences for the 8th month — plus 2 for reasons of inner snippet logic:

Kustennin didn’t know why he was running away. Wouldn’t Celemon’s complaints of never being able to have a family of her own be the perfect opportunity to tell her she had a potential husband standing right next to her? That he had long thought of her as more than a foster sister? But Celemon had confessed her resignation and disappointment to a friend. She never would have said such things to a man she felt attracted to — she did not see him in that light at all. Which on one level was excellent, since they were such good companions and could talk of so many things.
On the other hand, it made it very difficult for Kustennin to court her. Under the circumstances, how was he to get her to see him differently, as something more than the youth with whom she’d spent many of her childhood years? He could hardly blurt out, “I for one would marry you!”
At least not until she began to see him as a man rather than a foster brother.

22 thoughts on “Slowly increasing word counts, and another #WIPpet for Wednesday”