I skipped last week again and opted for a quarterly wrap-up instead. The thing is, I really have to concentrate on getting this translation finished, and blogging is not high on my list of priorities at the moment. But I will continue posting excerpts at least every other week. Not only do I want to keep in touch with other WIPpeteers, I also like the way it keeps me focused on this project.

So for today I’m giving you three paragraphs from Facets of Glass for the 3 in the day of the month. This is the beginning of a new chapter, and finds Gaetano on his way north to commission a glass coffin — and find Chiara:

Before setting out on his journey to Prague, Gaetano had been assured that his command of Italian and French would be sufficient during his travels. Unfortunately, his French was much worse than he had thought — at least when he tried to understand what passed for French among innkeepers on the road — and after leaving the borders of the Venetian Empire, speakers of Italian were much less common than he would have expected. The rest of his journey took him through the Holy Roman Empire of the German Nation, where German was the predominant language, and speakers of Italian rare.

At least his French began to improve with practice, and the farther north he traveled, the better was his command of the lingua franca.

He had been hoping that communication would become easier when he reached the imperial city of Prague, but here too men and women on the street spoke only some guttural language Gaetano couldn’t understand, either German or Czech. He couldn’t tell the difference and he didn’t care. All he wanted was to find someone who spoke a civilized tongue, and who could point him in the direction of Friedrich Glassworks. 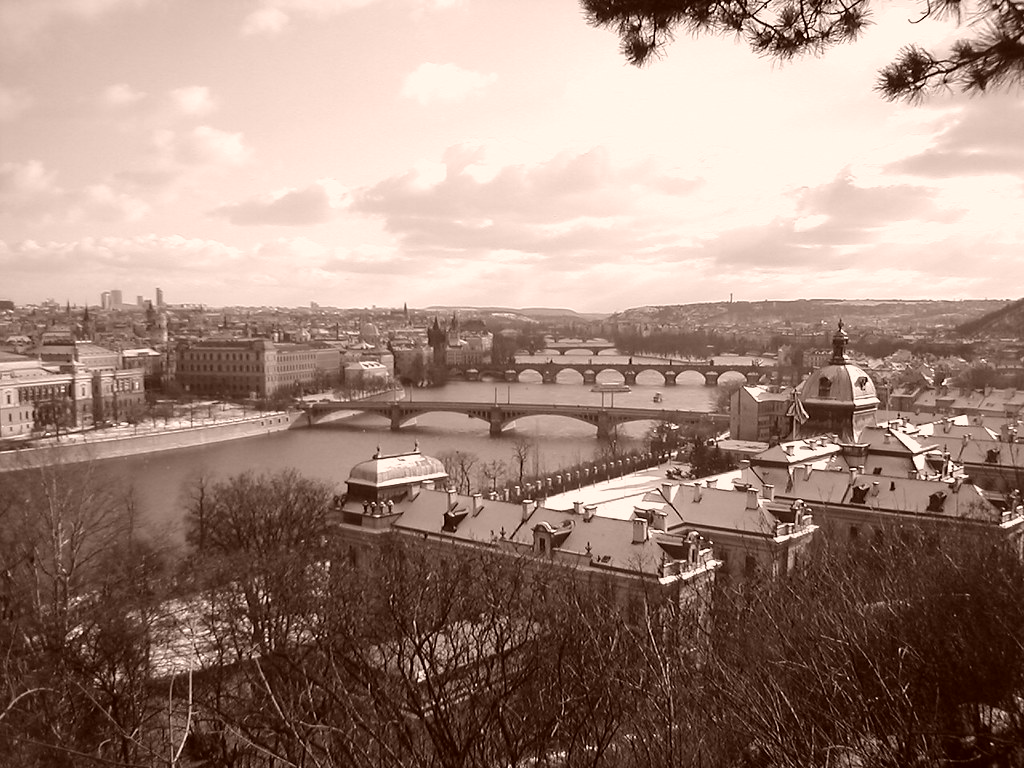 A trip to Prague, almost 10 years ago now.

4 thoughts on “Gaetano goes to Prague for #WIPpet Wednesday”