It’s late in Central Europe, and I’m afraid I don’t have enough brain cells to do a serious accounting post this time around, checking off various goals that have been achieved, and putting off the rest for the next year / round / whatever. I’ll do that when I put together my new goals for the first quarter of 2016.

I missed last week, since we had visitors from the States, my lovely nieces. On Christmas, we took them to Rothenburg ob der Tauber for a true German experience. *g* 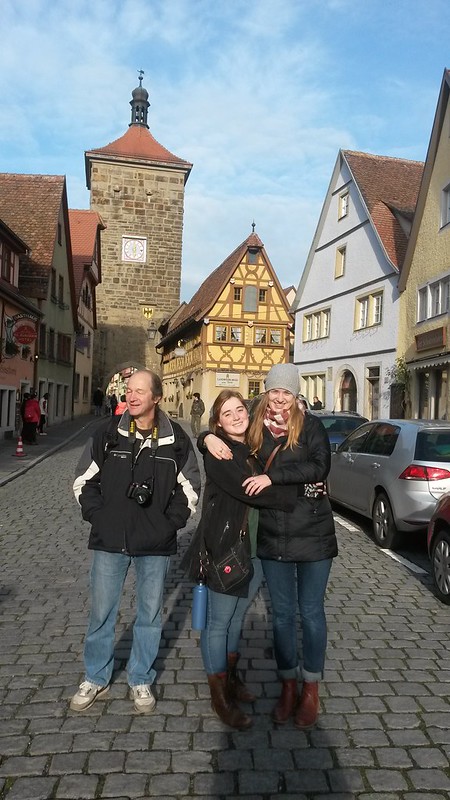 So how do I feel about my progress for the year and the quarter? Mixed / positive. In general I can say that while working on translation, my word counts tend to be very low. I kept myself connected to my creative projects by committing to at least 100 words a day when I had other deadlines. That proved inspirational, because often when I thought I had no creativity left in me, the 100 words turned to 200 or 300 or more.

After completing the biggest translation project, I was able to “win” Nanowrimo in November with Ygerna, despite the fact that it is full of holes which I am now trying to fill.

Facets of Glass and Shards of Glass are completed in VERY rough draft. I see a lot of revising in 2016.

I’ve been putting more energy into marketing, with significant results — income that might even be a living somewhere in the world. 🙂

The big translation is finished — but not in the hands of the client, since my husband still has to do a pass for corrections, and he’s been inundated with work for the last few months.

I haven’t made much progress on my overarching goal of learning to write faster. It works for a week or two or maybe a month, and then life happens again, and I’m back to my pedestrian 500 word days.

That is my general summary off the top of my head — on to Wippet Wednesday! No complicated math, just the end of a scene for the end of the year. This comes shortly after the last scene I gave you two weeks ago, skipping some back story, which would probably only bore. Young Ygerna has caught the eye of the Pendragon of Britain, and her heart is all aflutter, despite the fact that she is betrothed to Gurles, a young man closer to her own age:

She couldn’t remember a time when she hadn’t known Gurles. Ygerna had been more than happy to agree to the match. The two of them had played together as children, and she was sure they would be compatible.
But this excited nervousness she felt talking to the Pendragon of Britain was something else entirely.
“Please do not refer to me as a hoyden in my mother’s hearing,” Ygerna murmured. “She finds me difficult enough as it is.”
Uthyr threw back his head and laughed. “Ah, yes, I can imagine that you are a handful.” But somehow, the tone of his voice and the gleam in his eyes made words that would be a scolding from her mother sound like praise.
Ygerna watched the Pendragon walk away with the rest of his party, wondering why the few words they’d exchanged seemed so much more important than the usual pleasantries of a large social gathering.
Argante bent over and whispered in her ear. “You do know that Uthyr is married? And you are betrothed?”
“Of course I do!” Ygerna shot back under her breath. She felt the color rising in her cheeks.
But then she forced herself to calm down again. At least Ygerna wasn’t marrying Argante’s betrothed, Marcus Cunomorus. He was certainly handsome enough, but he made her skin itch. She didn’t know exactly what that meant, other than the fact that she avoided his company whenever she could.
Unfortunately, by the time this wedding celebration was over, he would be her brother-in-law.

Wishing everyone a very happy and successful New Year!

And here’s one more picture of Rothenburg, just because it’s so Christmasy. 🙂 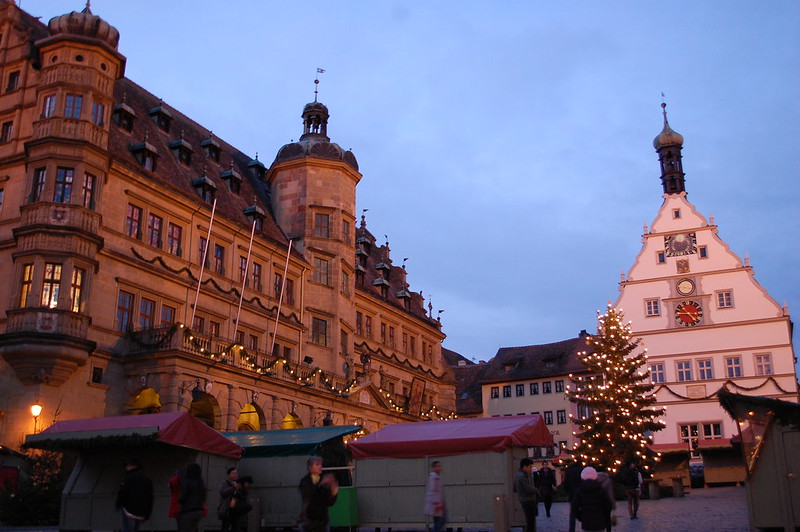 11 thoughts on “A few thoughts on goals for 2015, and more from Ygerna for #WIPpet Wednesday”