I continue to jump back and forth between two projects that are largely completed, Ygerna and Dragon Touched, revising and filling in missing scenes as I go. It’s a lot slower than the mad rush to the end of Dragon Touched was, but I’m making steady progress. Last week, I got 4700 new words written and 7 pages edited.

What am I failing at? I haven’t been doing as much marketing, and my sales are slipping. I haven’t been submitting short stories like I intended. I haven’t started putting together any of the new ebooks on my list.

But I had a lovely day with my youngest granddaughter yesterday. We went on an adventure together, a walk to the river. We were creeping around and hiding behind trees, and taking a break on a bench to eat our “provisions” (“Proviant” is the word she used, which really surprised me). Writing and publishing are not everything. 🙂

On to WIPpet Wednesday. Two women have come to Ygerna’s aid in the cave used for storage, where Uthyr took her by force. My math today for 3/9 is 9 – 3 = 6 paragraphs:

“Ygerna,” one of the voices said — a voice she couldn’t place. A gentle hand went to her shoulder. “Ygerna. You should get up, let us take care of you.”
She considered the suggestion. Slowly she began to feel the cold of the cave seeping into her bones, a cold that only moments before she had wanted to sink into forever. Now it was just another detail of her misery, a misery she wanted to escape.
Ygerna’s eyelids fluttered open, and she gazed into two faces she barely knew: Elen, her brother-in-law Bican’s sister, and Morigan, wife of Ambrosius Aurelianus — and sister-in-law of the man who had just raped her.
“You are alive,” Elen said. “Thank the gods.” She took Ygerna’s limp hand and pressed it tight. Elen’s hand was so much warmer than hers. She felt herself clinging to it as she allowed herself to return to the world.
It was dark now outside the cave. The scent of spilled wine and olive oil and packed earth filled her nostrils.
She rubbed her eyes and pushed herself up on her elbows. “What are you doing here?” 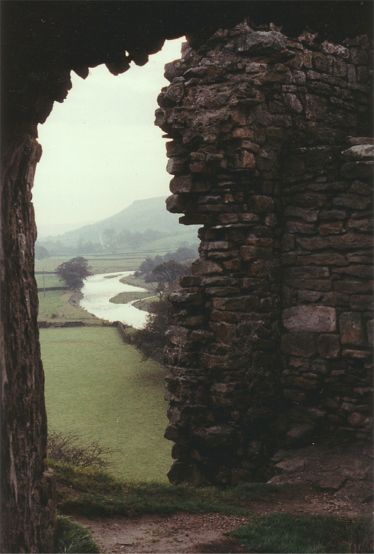 6 thoughts on “Revising, writing, and creeping through trees”