The last Tale of the Rose Knights, “Desert Peace,” went up on Daily Science Fiction today. It may not be the last forever — I still have a few I started that Jay Lake never had a chance to contribute to. I’ll have to take another look at them and see if I want to whip them into shape by myself.

This is the ending:
He stands there, the soldier, in a uniform so floral and pale pink that many armies would have rebelled to wear it. The Pink Knight is not so tall, but tall enough, and the yellow highlights of the startling tunic match the highlights in his hair. He carries a curious weapon, this soldier, a long thorn like a wooden needle, the end beaded with blood so bright red as to be almost purple.

The tourists come to look, sometimes even to pray, for that blood is always pure and fresh. The soldier does not move. He simply smiles as he stares into an eternity only he can see. Even in the desert, the horizon is finite, but his eyes are on distant stars and a sleepy ember that is invisible to those around him.

In his desert there is peace. The hawks hunt elsewhere. The coyotes pass silent under the mistress-moon who rules their night. Even the cactus thorns have softened a bit, so that rabbits and children might pass near the soldier.

Read the rest here at DSF.

A new Rose Knights flash fiction piece that I wrote with Jay Lake is up on DSF today, “Snowfire”:

nowfire should have been a cliche, with her brilliant face and her ways full of love and thorns. The Rose Knight of the Rose Knights, she strode the world wrapped in laughter and a charisma that could stun stone idols. She needed no sword for her battles. She could smile her way through walls and gates and brambled pits and talk the very monsters from their lairs, soothe the raging ocean, and humble the proudest men.
Snowfire’s colors were red-on-white, sanguinary and brilliant both in their scarlet repose. Bereft of her armor, sword and trappings of her station, she would have been a comely woman on the streets of any city. Imperious in her array, she was devastating to look upon.

A new Tale of the Rose Knights that I wrote with Jay Lake went up on Daily Science Fiction today, “Smooth Angel.” Here a short teaser:

Smooth Angel came out of the uttermost east, across the great Sea of Grass into the lands of the Roses. She traversed the farthest kingdoms, crossed the Ivory Mountains by hidden passes, and descended through Hy Rugosa, already arrayed as a knight with her pale banners the color of the first orange of sunrise. Her armor was lacquered in the manner of the Sallow Men of the Sea of Grass, and her horse had stripes never before seen by the breeders in the West. It was as if she had ridden across the world.
She met the Sun’s Viceroy on the road outside Fenixtown. He rode fast, without his courtly array, just a hard-eyed company of soldiers and three lesser Rose Knights, bannermen of the knight Snowfire. They were dressed and geared for rough travel.
The Sun’s Viceroy pulled his mount to and raised a hand to stop Smooth Angel. Stop she did, for politeness and curiosity.
“Greetings, knight. I do not recall your banner.” The Viceroy spoke with the iron courtesy that only a man of absolute power can summon, his voice smooth, though he failed to introduce himself or his party. “Do you follow the Sun or the Moon?”
Smooth Angel rested her right hand lightly on the hilt of her longer sword. “Neither. My banner shines equally in starshadow and daylight. Who are you to ask?”

Read the rest on DSF.

And if you do, I hope you enjoy the story. 🙂

Daily Science Fiction is starting a new round of stories in the Tales of the Rose Knights that I wrote with Jay Lake. Today, “Descanso Dream”:

Descanso is the smallest of the Rose Knights, and perhaps the strangest. He is a dream made flesh, a pale man with skin the white of the ocean’s dead, riding a horse of fog and silk. His banners trail behind him like a wind from the Orient. His smile gleams of starlight and the gentle thoughts of a loving woman. 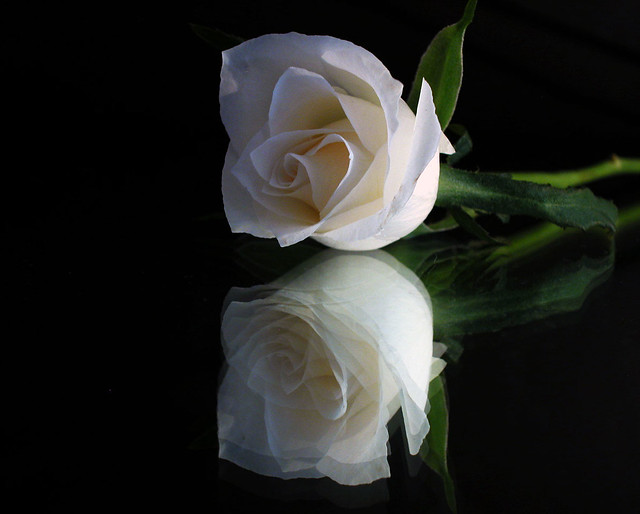 The Tale of the Rose Knights that went live on DSF this week is based on a rose I actually have in my garden. And here she is, Black Baccara: 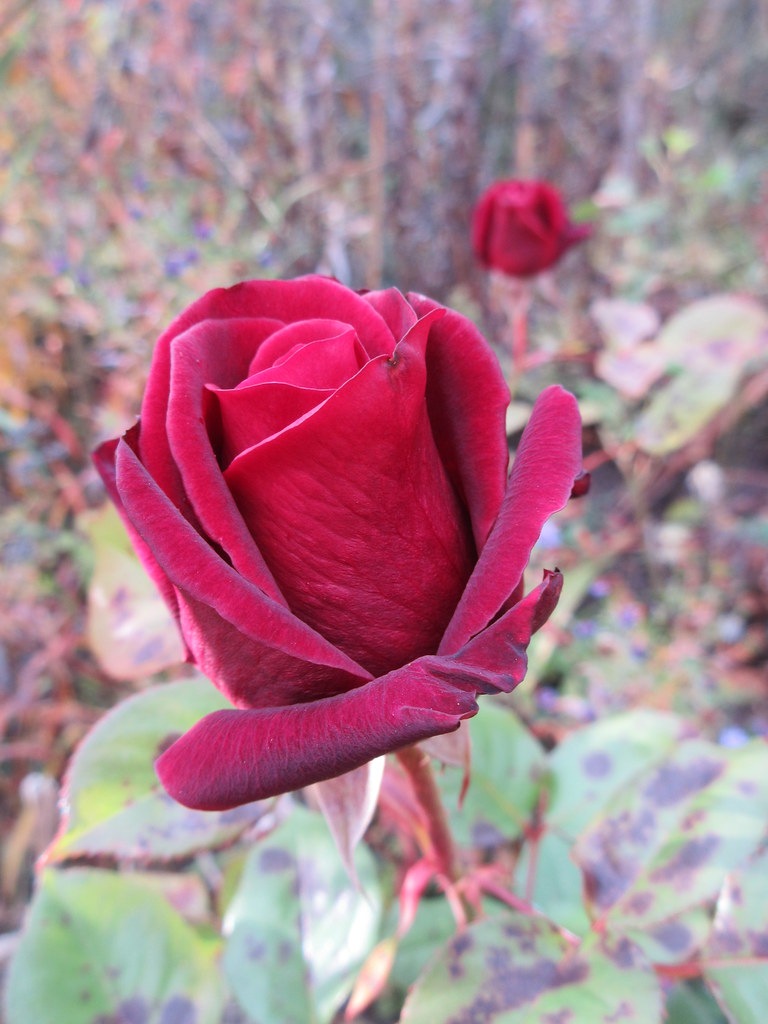 Black Baccara in my garden

You can read the other Rose Knight tales on DSF here.

First off, I want to point you in the direction of the most recent story in The Tales of the Rose Knights that was published on Daily Science Fiction today, “Golden Unicorn.”

All of the Rose Knights of these stories I wrote with Jay Lake are named after real roses. Here the Golden Unicorn of this week’s title:

Speaking of Jay, I finally got another story I wrote with him revised and submitted to F&SF this weekend. I have such a ridiculously huge backlog of short stories at the moment that I’ve decided to try and get at least one story submitted a week until my database is no longer full of “ready to send” entries.

That will involve more time spent on revisions, however, and it’s reflected in my numbers for last week. My new words for the week were way down, only 3600, but I also edited / revised 28 pages (some more work some less, so hard to distinguish). I haven’t yet worked out how much pages edited are “worth” in terms of new words, but I figure I have to start counting them or else I won’t get around to finishing all the projects I have on my hard drive. If I only measure success in new words, then I’ll never finish anything.

I also spent a fair amount of time on marketing, setting up ads for a sale next week, and applying for another BookBub ad. Wish me luck!

Since it’s Wednesday, I also have another excerpt for you. Once again from Ygerna, even though I am mostly working on revising Dragon Touched and various short stories. But if you follow this blog, Ygerna provides the most continuity, and it’s still a WIP, so I think we’ll stick with it for a while. 🙂 10 sentences today, adding up all the digits for 2/17. This snippet comes just after Ygerna leaves the wedding banquet, disappointed with the behavior of her betrothed, Gurles (the excerpt I gave you last week):

Ygerna made her way from the upper hall where the festivities were being held to the nearly flat top of the promontory. Patches of mist and fog twisted and swirled around her, coming and going with the wind from the sea. Despite the buildings that dotted the near-island, gusts always seemed to find a way to whip her cape around and tug strands of red hair from her braid. She pulled them back from her forehead and walked to the edge of the cliff to gaze out at the ocean, the sea that was named for their enemies, the Erainn. The pirates who had killed their older brother and changed all their lives.
The position of the sun was barely visible through the fog, but a hint of brightness a handspan above the horizon indicated that it was evening. Late enough that her parents would not scold too much if she didn’t return to the banquet and sought out her bedchamber in the lower hall instead.
She turned, intending to seek out her room — to see Uthyr not far away, watching her. Once again, that pleasant nervousness overcame her at the sight of his charming smile.
“You left the banquet early,” he said.

Last year, I got back to submitting some short stories I wrote with the late Jay Lake. The first in a series of flash fiction pieces which will be appearing in Daily Science Fiction came out today, “Osiana.”

The characters of the stories in “The Tales of the Rose Knights” are all named after roses. Here is the real Osiana: Hope you enjoy this story and those to follow!