The last couple of days, I’ve been putting together the paperback version of my short story collection Oregon Elsewise, and when the “Travel theme: Grey” post popped into my inbox, I figured I had to participate again. Here’s the pic of the Oregon coast I used for the cover: 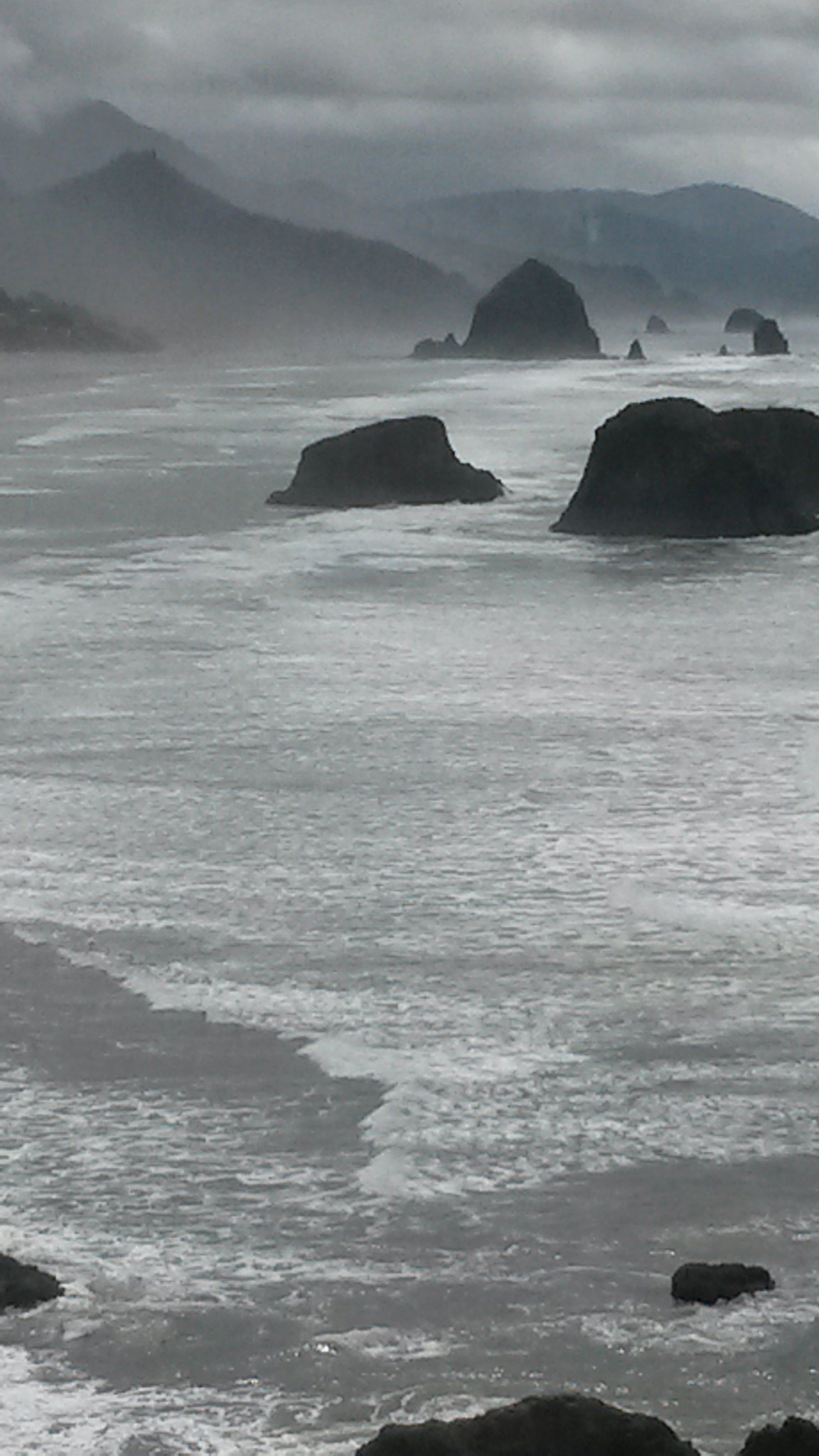 Cannon Beach from above, Oregon 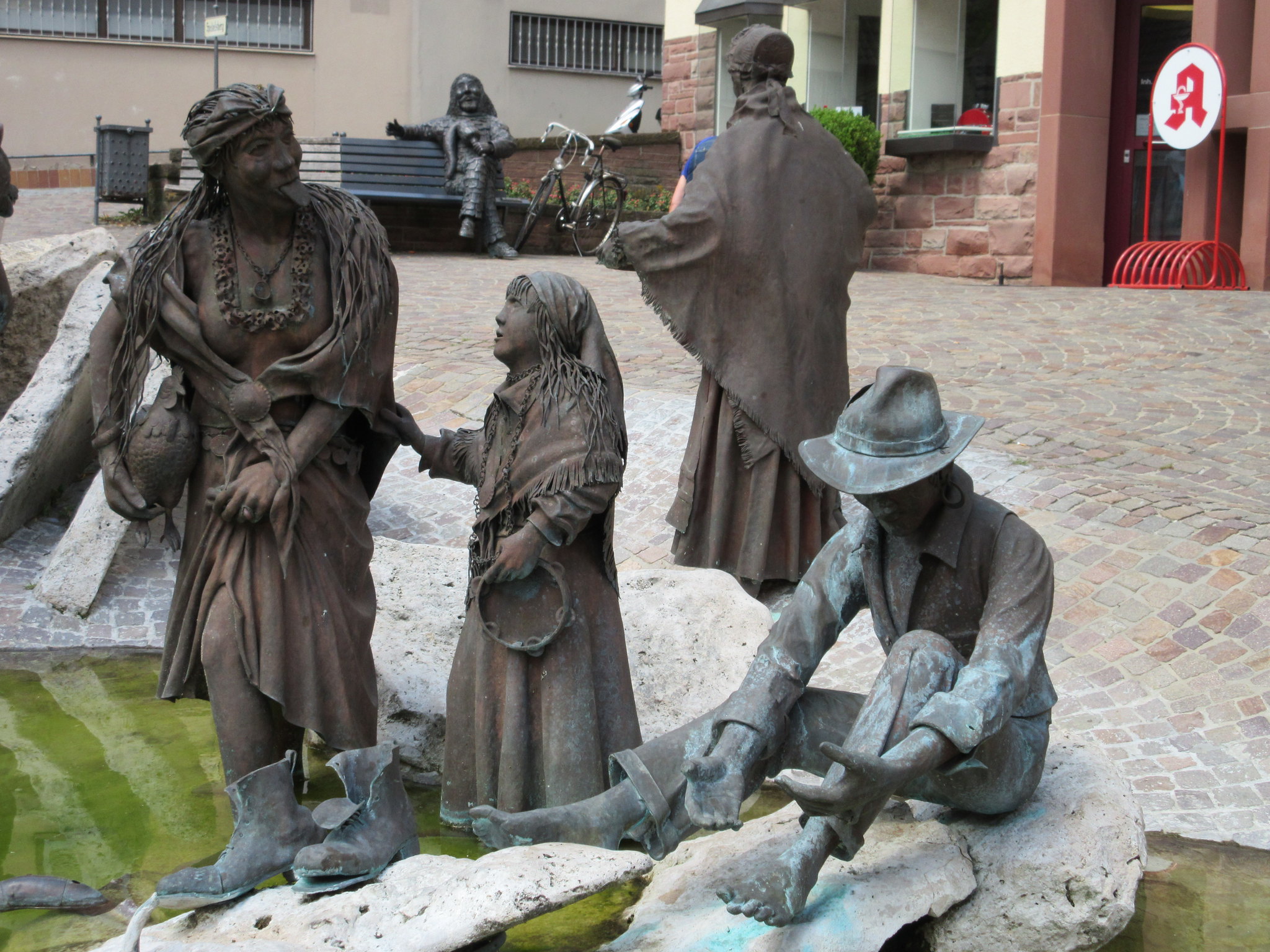 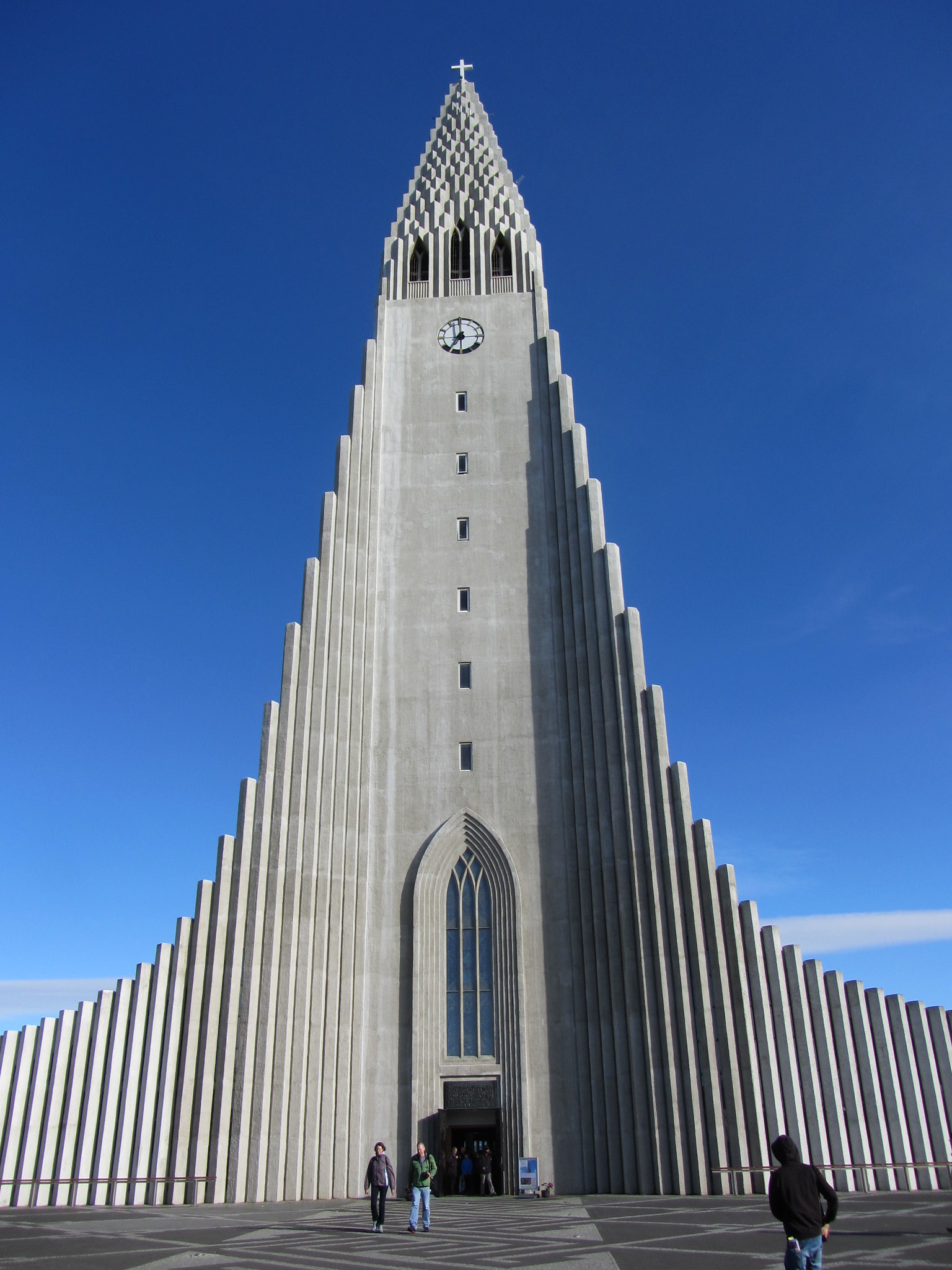 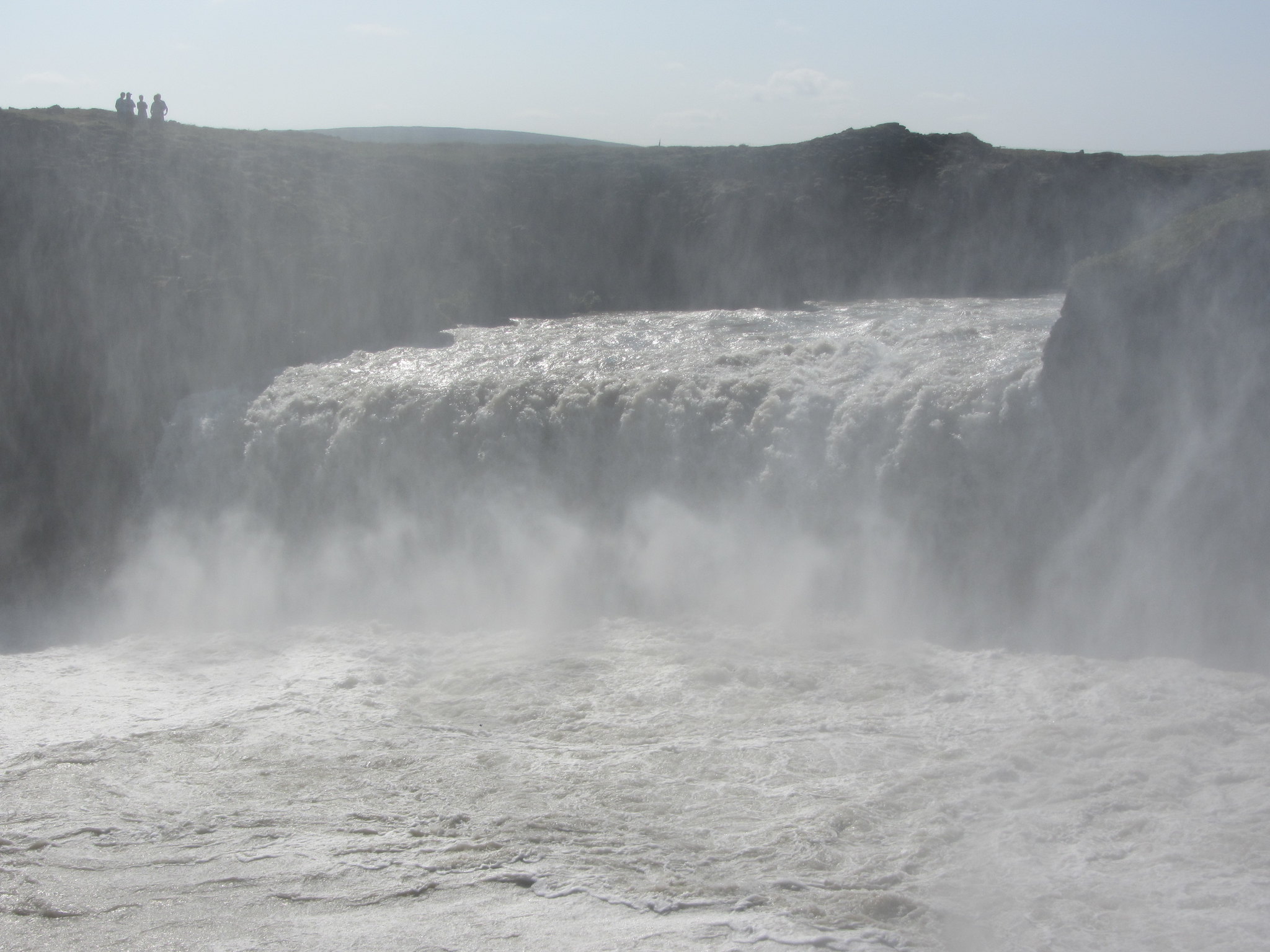 I missed another WIPpet Wednesday last week, as a result of the first of a number of visits from the States this summer. This is what I was doing last Wednesday: 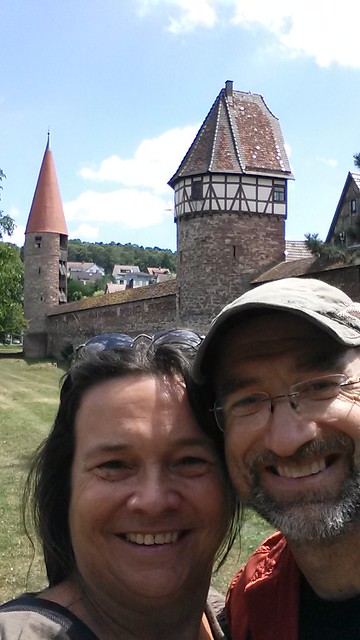 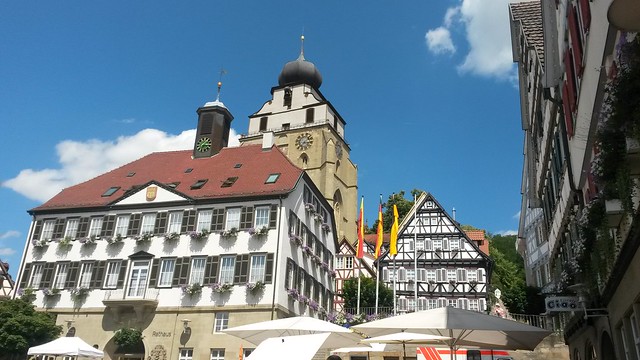 We went to Weil der Stadt (the birthplace of Johannes Kepler) and Herrenberg on Wednesday, and Maulbronn on Thursday, a UNESCO World Heritage site: 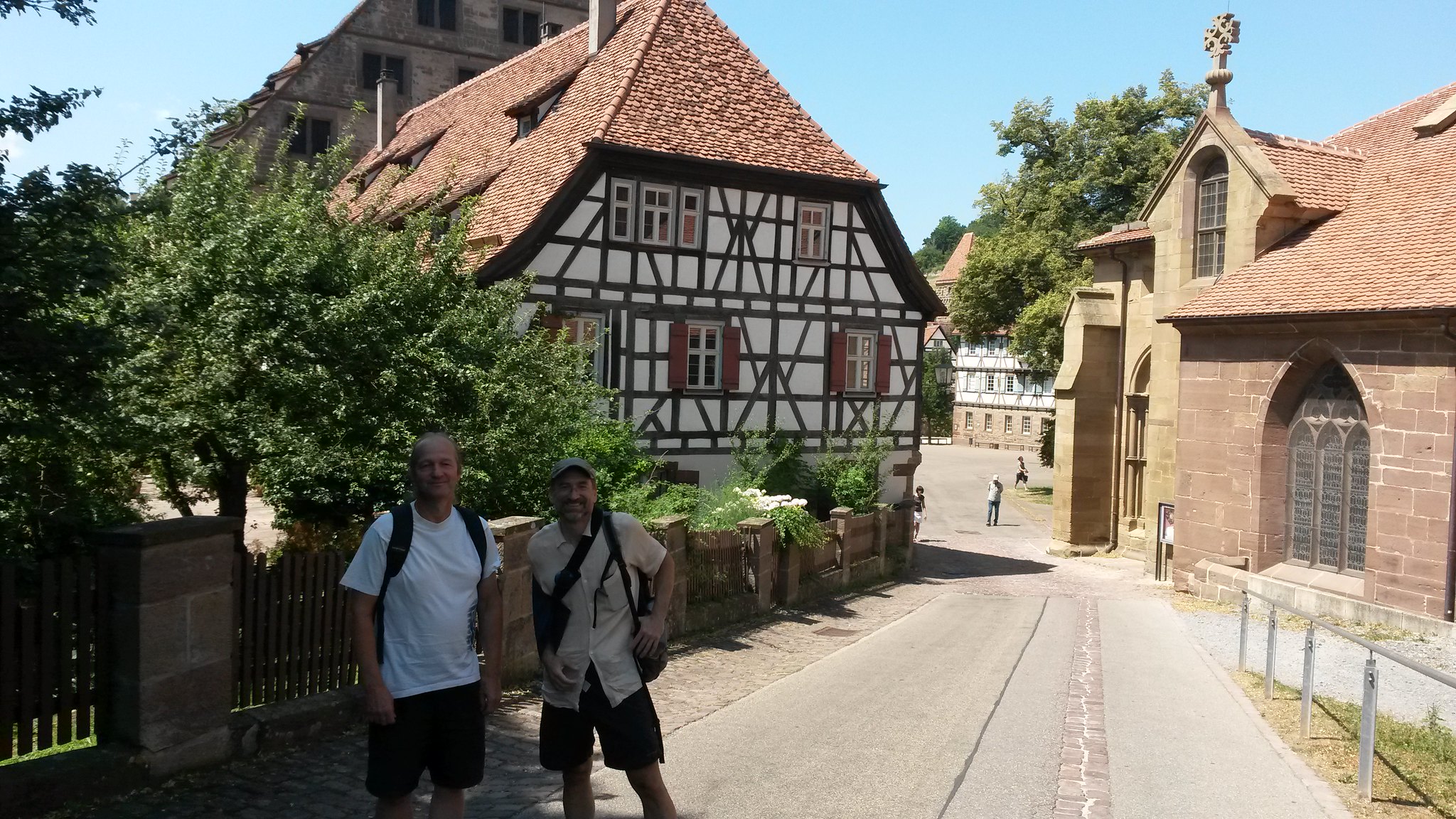 While my brother was here, we also did general catching up, some local walking, visited a nearby beer garden, hung out with grandkids / grandnieces, went to the garden, and tried to stay cool (we’ve been suffering from a heat wave). I managed to keep up with my translation, but not my writing goals, only managing 1500 words of fiction last week.

David left for France on Sunday. And this week I started a new writing strategy, alternating bouts of research and / or plotting with writing sprints. I tend to write stuff that is heavy on the research, which makes it hard to just barrel ahead as many successful writers advise. So I figured I would try an alternate strategy: a stretch of research and organizational writing until I got to the point where I could sprint a scene or two.

The results are promising: 1200 words on Monday and 1000 on Tuesday, while still maintaining my translation goals. If I can manage to keep this up, I will be very, very happy. 🙂

With the update out of the way, we can return to Facets of Glass for WIPpet Wednesday. Today I’m giving you 7 paragraphs for the 7th month, including the last one from the excerpt I gave you two weeks ago for context. Gaetano has been having some odd visions he doesn’t know how to relate to:

Suddenly his vision returned, and he drew a ragged breath, staring down at the motionless form of Minerva. Was he imagining things, or was he somehow enchanted too? The feeling of being trapped in his own body had been so strong, it bordered on panic.
Please do not give up on me!
Gaetano shook his head. Was Minerva speaking in his mind now? He didn’t know if he could trust the feeling. He had little direct experience of magic, and during the early years of his life, many people had actually regarded magic as a superstition. But although he had been so young, he could still remember how he had felt the day magic had been set free, how the air had seemed brighter and the colors stronger, the terracotta tiles of the roofs brilliant instead of bland, the beige white-washed walls like sunlight.
“Come, a few moments more will not hurt,” Anastasia said, and he realized she assumed he had been shaking his head in response to her request.
“Certainly we can remain, Your Grace,” he said to sooth her.
“Ah, where has my sister gone,” the princess said, her voice sad.
I’m here, I’m here! the voice practically screamed in his mind. I just cannot wake up!

I continue to be extremely listless writing-wise since Jay Lake’s death. I’ve been keeping busy, though. I finally organized my trip to Britain for a friend’s wedding the beginning of July. I’ll be staying a couple of extra days to research some sites for A Wasted Land.

This weekend, we also went to the Bodensee / Lake Constance, with a short jog into Switzerland to see the Rheinfall, the Rhine Falls. That was a lot of fun. 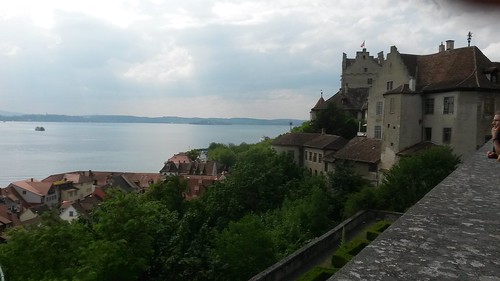 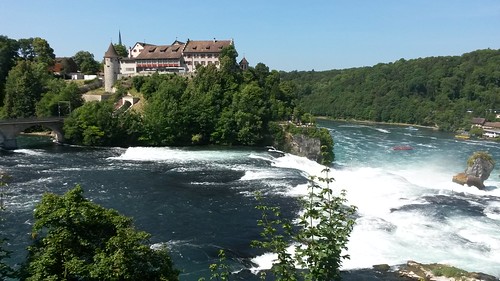 It inspired us to promise each other to get away a bit more again. Since we bought our little piece of property, we haven’t been doing much in the way of weekend excursions anymore. Who’s going to water the tomatoes, after all??? Which are looking quite good, btw. Still green, but we are harvesting other things already. 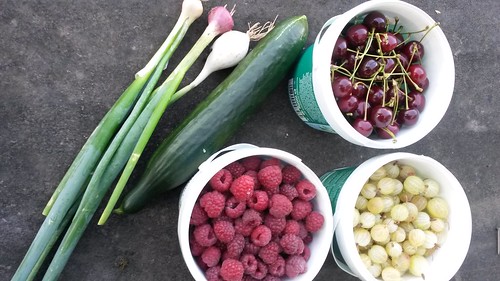 I want to thank those of you who volunteered to help out with the ebook launch of Island of Glass in the comments of my last post. I will try to get back to you in the next couple of days. I’ve been doing about as much social media in recent weeks as I have writing — next to none.

Given my lack of creativity, I’ve been beta-reading. I also got back to a project I’ve been putting together for my dad, a book of photographs and some travel reports from our trip to Norway on the Hurtigruten a couple of years back. And I will publish it too! But it’s not the kind of writing I want to be doing.

So today, to add a little accountability and structure to my attempt to get back to writing, I signed up for the Clarion West Write-a-thon. You can check out my page here. My goals are very modest this round — an average of 500 words a day, five days a week, 15,000 words for the six weeeks of Clarion West. Mostly I’m hoping that it will help me get back to better writing habits again. Besides, I’ll be away in Britain for a week, and I still intend to make the total of 15,000. As I said, very modest, but better than a paragraph here and there between editing and formatting jobs!

Wishing everyone a successful week. 🙂

I’ve been doing a lot of research for the latest short story in the last couple days, and today I decided to take a little walk to supplement my online and paper resources. The main character of my steampunk story is the niece of Gottlieb Daimler of automotive fame, and she helps him build an airship.

Luckily, the workshop where Daimler and Maybach built their first motorized vehicles is practically in my own backyard, so I went to take another look at it today, this time with story in mind:

And here’s a model of the airship:

Now if that doesn’t get the steampunk creative juices flowing, nothing will!

Even with the research, I got a total of about 1500 new words on the story written Monday and Tuesday. Haven’t gotten around to writing today yet, though.

This might not be writing news, but I can’t resist. The state of Baden-Wuerttemberg in southern Germany (next to Bavaria) where I live, staunchly conservative and with a Christian-Democratic (CDU) government for the last 58 years, has just voted in the first coalition in Germany that will be headed by the Green party.

This definitely counts as at least a mini-revolution, on a democratic basis. As an aside, voter participation was up in the double digits, and most of it went to the Greens.

I am stunned and amazed and very, very happy.