I didn’t think I was going to post today for WIPpet Wednesday. I haven’t gotten any new writing done since Jay died, after all. Instead, I’ve been doing writing business stuff. That has to be done too, though, and when my creative brain is on strike, it’s a good time to do it. So in the last week, since Jay went into hospice, I did another complete editing pass of Island of Glass, got some of the formatting done for the ebook, and started working on the glossary. I also finished editing passes on two short stories I’m collaborating on with Sylvia Spruck Wrigley, one of my Villa Diodati writing pals.

But then it occurred to me that I could post an excerpt in honor of Jay.

Other than the loss of a dear friend, I’m kinda bummed that I didn’t get Recontact finished and published before Jay left us. Last year, I did get the collection of some of our previously published short stories finished, Almost All the Way Home from the Stars, but I had so many other plans for things to finish with him, and I just didn’t have the time. Last September, Jay wrote me in an email, “Let me know when you’re free to look at other projects.” But it wasn’t until January that I got around to tackling revisions of Recontact again — and it proved to not be enough. At the time, Jay wrote, “I’m about to fall down the medical rabbithole with a decent chance of never really coming all the way out again.” I should have taken those words more seriously. But regret is a very debilitating and useless emotion. I can’t blame myself now for something I can no longer change.

Anyway, in lieu something from me, I thought I would share a little from Jay’s and my collaboration process — as well as a short, completely unedited excerpt from him, once he took the ball and started running with it. Jay had the most amazing imagination of anyone I’ve ever known, as well as a way with words that humbled me. I’m not doing any math today; it’s three days since Jay died, and that is all the relation to the date that I need.

We started Recontact writing notes back and forth to each other in manuscript format using the Track Changes function of Word, which is why I can still reconstruct pretty much who contributed what in the brainstorming phase. We began with the vague idea that it would be cool to write a story about a lost colony. Here’s a short excerpt from some of our brainstorming as we fleshed the idea out:

Me: I know this has been done, but I’m thinking someone gave the natives some tech they didn’t have before, and being me, I immediately thought of some gal who couldn’t stand the way women were being oppressed. She gives them firearms of some sort, *this* causes a sort of civil war leading to a division in the country where first contact took place. (Might also want to think about the other kinds of cultures existing on this planet.)

Jay: [ male-female civil war? Like, if there were separated cultures to start with (I’m thinking hareem culture, or classical China with the “women’s writing”) ??? ]

Me: I don’t think it should be flat out male / female — there are men on our world too who fight for women’s rights, after all, out of a pure sense of justice. Just like there were whites who fought to free black slaves. Not quite sure about the details of this myself, though, just like getting gender stuff in. *g*

Jay: So I think given this background, we could have a very pertinent conflict revolving around a religious site a la Jerusalem, but the emphasis being a Second Landing rather than a Second Coming. Two societies / religions lay claim to the site where the stupid idiots who couldn’t follow rules first landed, but for very different reasons.

[ like the broken-backed hull of the original starship, frex…could get some real cool detail going there ]

Me: Yes, that’s a good idea — leftovers of startship of something is of huge religious significance and thus bone of contention.

We did this kind of thing back and forth for about two days, and then suddenly Jay added the beginning of a story in the most amazing voice, and it took off from there. I did my best to write in the same voice(s) Jay had created, and apparently (given feedback from beta readers and the Villa Diodati folks) it worked, since I’ve been told that — despite trying — readers haven’t bee able to figure out who wrote what. Right now, I can’t even remember myself.

This beginning, written by Jay, has survived almost verbatim in the present manuscript:

Unlike the prophets of the Fall and the Hard Moon, the Armsgiver had left no scripture behind. That had never bothered Melia. Every time she put on the Coat of Prayer and stood fasting and sleepless for three days and three nights during the dark cycle of the moons, the Armsgiver spoke to her.
It was never the voice others claimed, nothing like “the Armsgiver bade me take three sheep and make of them a feast for the Oaks Clan.” That was just venal politics and family pride wrapped in a snippet of invented holy writ. No, the Armsgiver quickened her heart, lent her certainty, steered her doubt.
That those gormless bastards along the coast had laid claim to the Armsgiver’s ship with their pointless little pretense at faith was only one more insult the world had heaped. Far more insulting was the recent recapture of Foigaard. Thirty seven women staked to the walls by their cunnies, left to bleed out the imagined sins of the Armsgiver’s daughters in vengeance for old slights never forgotten in the grudging minds of men.
This was why the Armsgiver spoke to her. And the new star in the sky, the one that moved faster than even the fastest moon, was her sign that time had come and more.
Melia walked the spiral stair around the heart-trunk of her house to the little conical attic where the crystal voice resided. If she’d properly understood what the Armsgiver had told her, if she’d studied what old papers still remained with a sufficiently devout eye, she might be able to talk to the women in heaven, and persuade them to her cause.

My task now is to get this thing finished and published. Jay deserves that. But I have to wait a little before I tackle it again, since it’s hard for me right now to have his / our words in my head.

I want to close with a lovely song about grief and loss that I’ve been listening to a lot lately, “Calm After the Storm” by the Dutch band The Common Linnets: 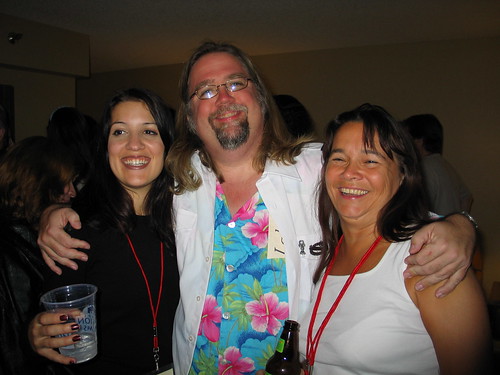 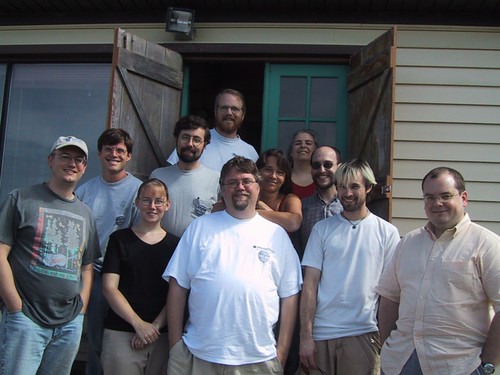 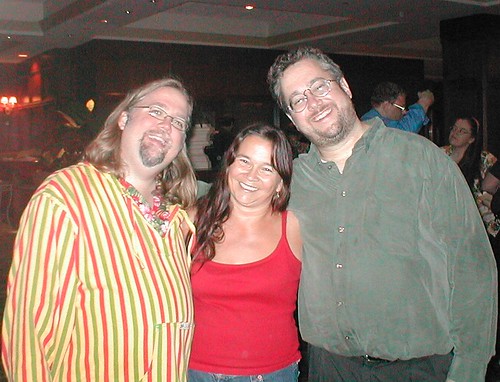 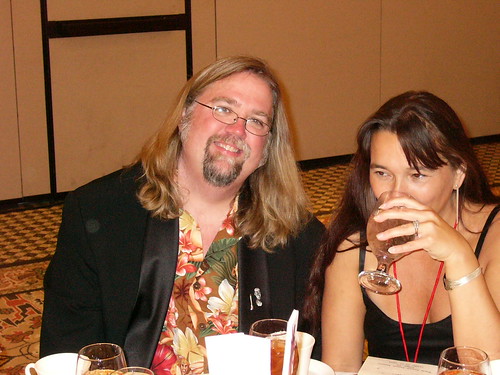 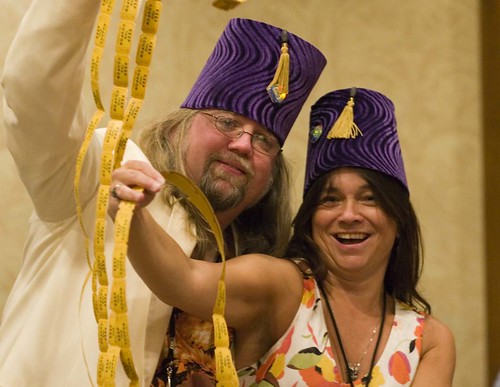 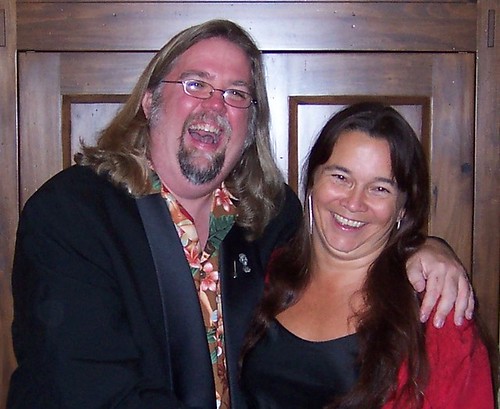