There are two books that that were integral to my decision to become a writer of science fiction and fantasy, and both are by Ursula K. Le Guin: The Left Hand of Darkness and The Dispossessed. When I read those as a young adult, I was blown away at the way her thought experiments in those novels could leave me stunned and amazed — and considering the world in a very different way than I had before. One of the lines I absolutely loved (and I’m quoting from memory here, so it might not be accurate): “The king was pregnant.” 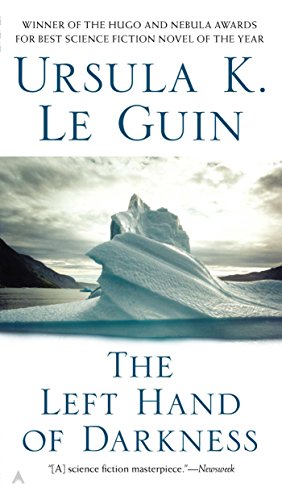 I used to say jokingly that I wanted to be Ursula K. Le Guin when I grew up. It was one of the greatest honors I have ever experienced when a review compared my fiction to that of Le Guin.

I read her revolutionary works in the seventies, and they may not be as eye-opening now as they were then. On the other hand, when you look at the present political situation in the U.S., revolutionary thinking seems to have gone by the wayside.

RIP Ursula K. Le Guin. May your brilliant thought experiments soon be revived and social progress not be in vain.