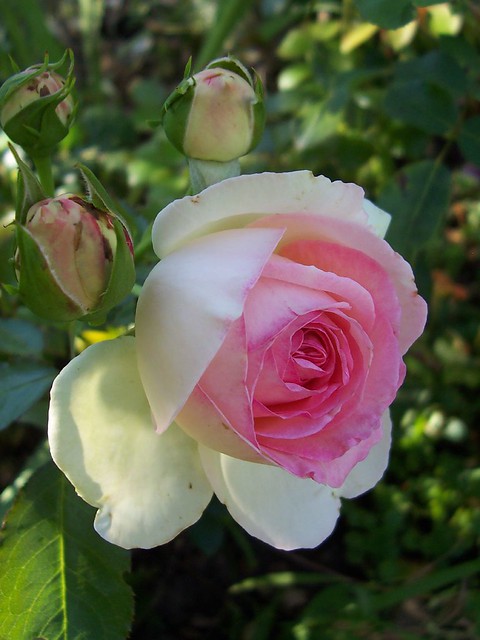 The word production has been going quite well since I decided to do Nano again. Last week, I got 13,000 words written, and so far this week it’s another 5400. Doing word sprints has been helping a LOT (thank you, sprint pals!) No writing so far today, though — I’ve been packing and setting up my little netbook for the trip. Tomorrow I fly to Paris for the next Villa Diodati workshop. We won’t actually be in Paris, though. This is where we’ll be:

Three days and four night of writing talk and good food and critiquing great fiction (which I finally have to make a bit more progress on! I’ve been concentrating too much on word production lately.)

I also have some good news: I sold another short story the traditional way, with payment on publication, to the online zine Abyss and Apex. It’s another one of my Alaska stories in the Tales From Far Beyond North series, “Degrees of Separation.”

Finally, I’m going to be giving away another book next week, Almost all the Way Home From the Stars, a collection of stories I wrote with the late great Jay Lake. So far this year it’s sold a handful of copies, so I pulled it from other venues and put it in KDP Select so that I would be able to at least push it with free runs. Although I published it over a year ago, it still doesn’t have any reviews. Of course, the people who pick up a book during free runs may not be my target audience (I’ve gotten a lot of negative reviews for short story collections that way), but with at most 1 sale a month, even some reviews complaining about the short stories being short would be an improvement. So mark your calendars for Nov. 17 – 21, and grab yourself a copy sometime next week!

Now we come to WIPpet Wednesday! Math is fast and dirty today: 12 sentences for the 12th of the month from Facets of Glass — plus 2 to end the scene. 🙂 The Evil Dowager Princess is planning some nasty stuff involving a glass apple:

The dowager princess lifted the apple of glass up from the table next to the raised chair where she sat and handed it down to the witch. “I was wondering if there were some enchantment you could give to this apple to create the illusion of illness in someone.”
Vanna turned the apple over in her hands. “Create the illusion of illness?” she repeated.
Zilia shrugged. “I am not the wielder of magic, so I do not know what is possible.”
She noticed the precise moment when the witch found the clever wormhole in the glass apple. Her hands stilled, and she gazed at the spot, her forehead creasing in lines of thought. The dowager princess was struck once again by how few wrinkles lined Vanna’s face, given her silver-white hair. It made it very difficult to guess her age.
Vanna looked up form her contemplation of the apple, and her eyes met those of the dowager princess. “I believe I could insert a spell in this apple through the wormhole that might, under the right circumstances, seduce a soul to leave its body and be one with the enchanted apple.”
Zilia found herself — totally against her inclination and training — wanting to clap her hands in glee at the witch’s suggestion.
If it worked, it would be perfect.

A couple days ago, I sold another short story — in the traditional way. By submitting to an editor and having the story accepted. It’s one of my Alaska stories, “The Shadow Artist,” and it sold to Abyss and Apex, who also originally published “In the Middle of Nowhere with Company.” Short stories don’t make me a lot of money as ebooks; traditional sales are more lucrative. But since I have all these previously published stories anyway, I might as well give them a second life, and me a few dollars a month. Just as an example, last month I made about $50 total on the short story collections and novellas, as opposed to around $700 on the two novels. But who knows, as the novel sales increase, the sales of the short fiction just might too!

The other main news item I have is the next group promo, this time one for which I’m doing a lot of the organization. (As a result, actual word production has dropped dramatically again, go figure.) Anyway, see that nifty badge (thanks, Patty!) up in the right hand corner? If you click on that, you will get to the page that ate much of my spare time this last week.

As you can see, we will be offering a lot of free quality science fiction and fantasy, all from members of the Codex Writers Workshop for neo-pro speculative fiction writers. So put those dates on your calendar and grab yourself some free reading material! And if you are so inclined, please pass the word along. 🙂

Despite promotion and marketing projects, Chameleon in a Mirror has not stalled out completely. I’m up to a word count of 81,000 now, and heading into the home stretch. At my present rate, I should be done with this draft in a month. If I can pick up the pace a bit, sooner. (If I don’t start spending all my time trying to sell the books I’ve already published …)

If you’re interested in some of my thoughts on organizing group promos, check out this blog post.

Getting late here in Central Europe, but I’ve got some news before I head off to bed: I sold another short story to Daily Science Fiction today, “The Magician of Words.” It’s an odd little piece, to my way of thinking more like a prose poem than a story proper, but then, the other story I sold to them was based on a poem, so maybe it’s a pattern.

Yseult is doing quite well on its final free promotion, although it doesn’t look like it’s going to break into the top 100 Free Kindle Store overall this time. The best I saw earlier today (before the Amazon US glitch that disappeared all the buy buttons and the rankings for about an hour) was #136. It was also #1 in Arthurian Fantasy, #2 in Historical Fantasy, and #7 in Fantasy overall. It’s still #1 in Arthurian Fantasy, but it’s dropped in all the other rankings, and it’s only free for a few more hours. Ce la vie. Hopefully this will get me a few more sales anyway. 🙂

That’s the name of a story that just sold to Daily Science Fiction — one of the pieces I mentioned submitting in my last blog entry. Which means less than a week between submission and acceptance. Woo hoo!

Apparently it’s a good thing that I added “getting my stories out on the market again” to my list of goals. I haven’t sold a short story for months now, but neither have I been writing or submitting much short fiction, as evidenced by the backlog accumulated that I mentioned in my last post. After selling my novel Yseult / Flamme und Harfe to Random House Germany, I thought my future was in novels, so that’s what I concentrated on, neglecting stories.

My German publisher rejected the novel they requested I write on spec. I won’t go into all the mistakes I made at that point in my writing career; but one of the things I realized is that I cannot allow myself to concentrate so much on a novel project to the extent that I totally neglect short fiction. Stories don’t make a lot of money, but they can be written in a week or three (depending on the length and the amount of research involved); they don’t require the same investment in time and emotional commitment; they can be sent out and accepted (or rejected) in a week.

Besides, my batting average with short fiction is way higher than with novels. I’ve only sold one novel of the four I’ve sent out onto the market. (We will not go into the novels I never finished … also a lot more than the short stories I never finished …) Short fiction: my database tells me I’ve sold 46 short stories, and I have a total of 24 either “ready to send” or “on the market” (not including those I don’t consider ready for submission). I have five stories marked as “trunked” in my database.

Another thing to consider, however, is that in the brave new world of ebooks, I might be able to do something with those rejected novels, whereas short stories, both singles and collections, are notoriously poor sellers in ebook format.

Nonetheless, there is something in me that enjoys those story acceptances so much that I have to figure out a way to balance work on novels and short fiction. I have to learn to allow myself to take breaks from whichever project seems most pressing — or relearn. That used to be the way I worked when writing a novel. If I was stuck or bored, I would take a break to write short fiction. But then the pressure started feeling like what I have when I’m working on a translation project. I couldn’t take breaks for any extraneous monkeys.

But now I’m allowing the monkeys to come back. I hope.